The new Galaxy S7 edge Injustice Edition inspired by DC Super Hero Batman was unveiled on May 26, 2016. However, the tech giant is yet to announce if the latest edition of S7 edge is already available on stores worldwide.

The Batman-inspired S7 edge comes with a Gear VR and a real gold-plated Batarang.

Watch the video below.

Here are the major specifications of Samsung Galaxy S7 Edge:

It is packed with 32GB of internal storage which is expandable up to 200GB via microSD and is good for storing photos and videos. It is built with 5-megapixel front camera and 12-megapixel rear camera.

What can you say about this?

Share us your thoughts by simply leaving on the comment section below. For more news and updates, feel free to visit our site often. Thanks for dropping by and reading this post. 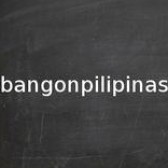