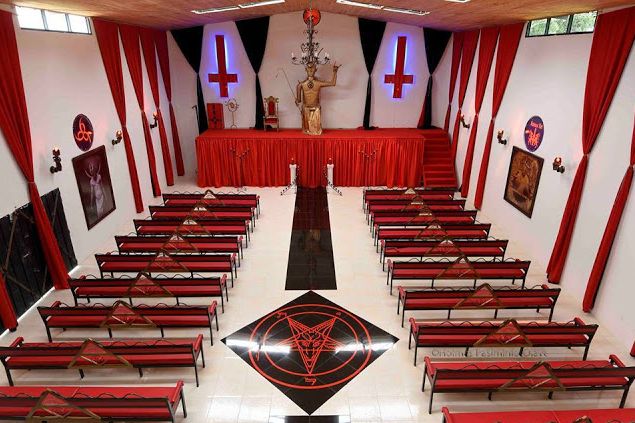 Over the years, various churches have continued its fight against evil through strengthening humanitarian faith.

The warriors of these various faith deployed themselves into different parts of the world to introduce the particular belief to people. We may have different beliefs but all revolve in the existence of ONE who created everything.

While most are definite that God exists, so is there some for the existence of Satan.

While we live in the world where FAITH is transparent, in the dark sides there exists the Satanists. These people worship the devil ideologically and philosophically based on its character. And they too make their moves.

While our Faith is strong there lay this church where the contrasts of it is worshiped and revered. This was proven when these controversial photos leaked into the internet giving people the feels in the neck with its creepy reality. (Photos from Facebook)

The Satanic church was known to have been mounted in Montenegro, Quindio, Colombia.  As the church existed, people came it to condemn especially the founder for the ‘disgraceful’ act and worship.

‘No, in all these things we are more than conquerors through him who loved us. For I am sure that neither death nor life, nor angels nor rulers, nor things present nor things to come, nor powers, nor height nor depth, nor anything else in all creation, will be able to separate us from the love of God in Christ Jesus our Lord.’ (Romans 8:37-39.NIV)