Nihal Bitla grew up in the outskirts of Mumbai, India but unlike any other normal boys of his age, Nihal battles a different condition, a Hutchinson-Gilford progeria syndrome (HGPS).

His condition ages his body eight times faster than normal. As a result, Nihal already has heavy wrinkles and weakened limbs. His condition also leaves him bald.

Usually, those kids who are suffering with the same condition tend to only live until 14 years old. But Nihal just went pass the average life expectancy and celebrated his 15th birthday.

Nihal celebrated the milestone just last January 20, 2016 and that made him the oldest living child diagnosed with HGPS in India. Catch his inspiring story here:

Don’t miss our updates. For some more of our inspiring stories and videos, visit our website more often and don’t forget to hit the LIKE button to subscribe. Thank you so much for dropping by. Have a nice day. 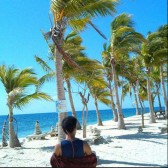