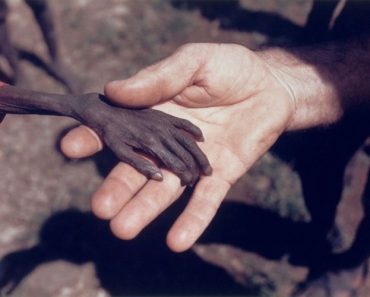 No Comments on 30 Photos That Will Surely Touch Your Heart: ‘Pictures Worth A Thousand Words’Posted in Facts, History By Chan_BeranPosted on November 25, 2016November 25, 2016Tagged Beautiful photos, Inspiring photos, photos from history, sad photos, Saod photographs

11. Indian homeless men wait to receive free food distributed outside a mosque ahead of Eid al-Fitr in New Delhi, India

12. Zanjeer the dog saved thousands of lives during Mumbai serial blasts in March 1993 by detecting more than 3,329 kgs of the explosive RDX, 600 detonators, 249 hand grenades and 6406 rounds of live ammunition. He was buried with full honors in 2000

14. Alcoholic father with his son

15. Embracing couple in the rubble of a collapsed factory

17. Five-year-old gypsy boy on New Year’s Eve 2006 in the gypsy community of St. Jacques, Perpignan, Southern France. It is quite common in St. Jacques for little boys to smoke

18. Hhaing The Yu, 29, holds his face in his hand as rain falls on the decimated remains of his home near Myanmar’s capital of Yangon (Rangoon). In May 2008, cyclone Nargis struck southern Myanmar, leaving millions homeless and claiming more than 100,000 lives

19. A dog named “Leao” sits for a second consecutive day at the grave of her owner, who died in the disastrous landslides near Rio de Janiero in 2011.

30 Photos That Will Surely Touch Your Heart: ‘Pictures Worth A Thousand Words’
Pages: 1 2 3