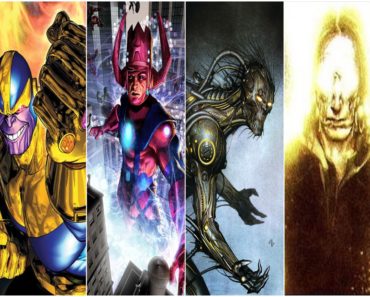 Here are the most mysterious characters within the Marvel Multiverse. These characters possess majestic and powerful strength beyond our imagination.

The One-Above-All has only appeared and been mentioned a few times. He is not to be confused with One Above All, the leader of theCelestials, or any religious figures. The One-Above-All was first mentioned by the Living Tribunal whenDoctor Strange first encountered the entity. The-One-Above-All is often unofficially cited as Marvel’s creator.

He is on the top list of the characters because according to an information, he is the most mysterious and powerful being in the marvel multiverse. He alone possesses greater power than the living tribunal and Beyonder. He is believed to represent the creators of marvel (Jack Kirby and Stan Lee) And while he is technically another entity,he has taken the form of Jack Kirby to demonstrate what he really is which is the grand authority in the marvel universe.

Here the lists of the most mysterious and powerful marvel characters that I bet You don’t Know.